Justine Nantale is a mother, educator and singer who uses music as a tool for development.  Born in Gomba, Uganda she arrived in Ireland 17 years ago and has over eight years’ experience in Development Education.

She is the founder of Gomba Educare, a school’s outreach programme which tailors cultural programmes to schools throughout Ireland, engaging students through the medium of music, movement and storytelling at both primary and post-primary level.

Justine is a founding member and former Musical Director of Discovery Gospel Choir - Ireland’s leading intercultural choir. In 2013 she established Rhythm Africana, a musical ensemble which highlights traditional African styles of music and rhythm. The members hail from Uganda, Zambia, Congo, Nigeria and Ireland and promote social justice and inclusion through their music. The band has become a key part of Dublin’s Africa Day celebrations each year.

A celebrated songwriter, Justine launched her debut EP, ‘My African Dream’ in 2013 to critical acclaim. Justine has extensive performance experience as both a solo artist and ensemble performer. She has worked with a number of charities throughout Ireland on musical and fundraising projects including AFRI-Action from Ireland, Trócaire, Concern, Oxfam, Action Aid,  Comhlámh, Fields of Life, Dun Laoghaire Refugee Project. 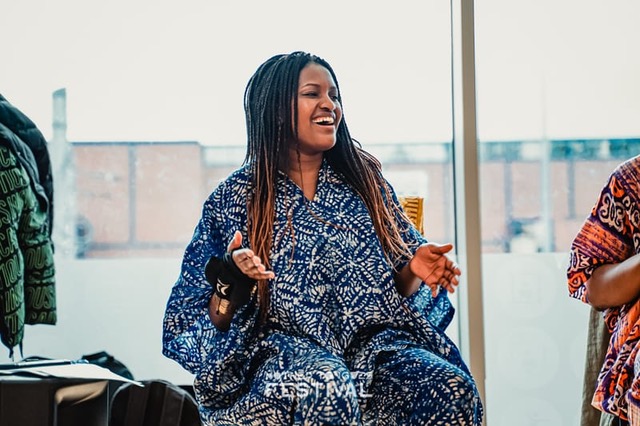