Mäster Olofskören from Stockholm is an independent amateur mixed choir, founded in 1940. After a dormant period it was revived in 1984. The choir currently consists of around 35 singers, ranging in age from 30 to 75. Musical leader of the group is Bo Tobiasson, formerly Senior Lecturer at the Royal College of Music in Stockholm.

The majority of performances by the choir are done a cappella, however there have been exceptions to this, for example performing A God Disguised by Lars-Erik Larsson together with a small symphony orchestra in 2014 and Duke Ellington’s Sacred Concert with the Stockholm Jazz Trio in 2018. In 2019, they were invited to perform at the Folkoperan theatre house in Stockholm, in the Threepenny Opera by Bertholt Brecht and Kurt Weill. Other notable performances are the Lucia procession and concert in Westminster Cathedral in London (2010), and our annual Christmas concerts in Eric Ericsonhallen in Stockholm.

Mäster Olofskören is a choir with high ambitions both technically and musically, and they always perform without sheet music at concerts. The choir has a comprehensive repertoire encompassing sacred works, folk tunes, jazz, pop and newly written music – in a variety of languages. The choir has also had the privilege of performing musical premieres, some of them composed specially for the choir. Mäster Olofskören travels regularly, both within and outside Sweden. They enjoy visiting music festivals or setting up tours independently. 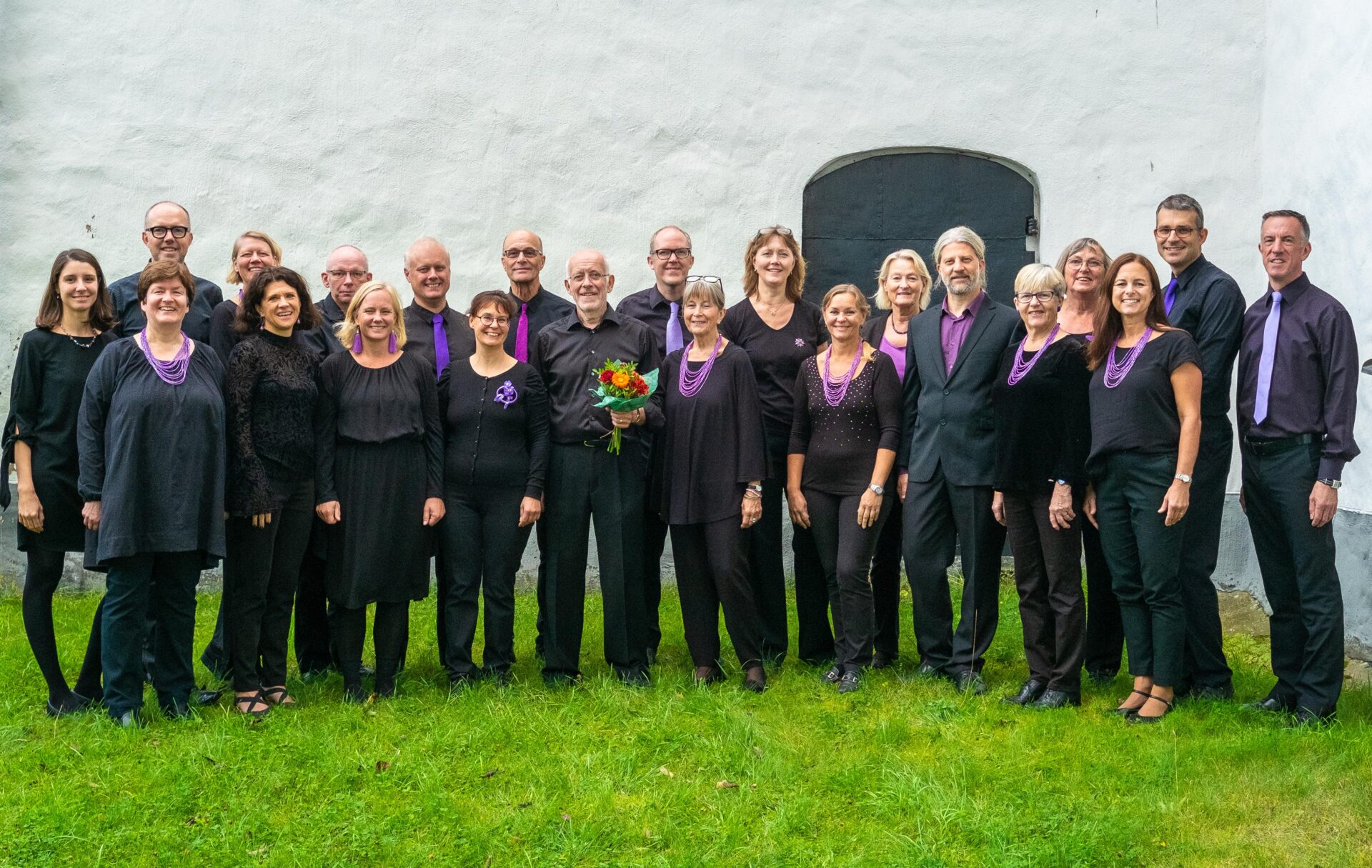