Mervyn Cousins gained much of his musical formation and love of choral music as a Cathedral Chorister at Southwell in Nottinghamshire, UK. He later obtained BMus and MMus degrees at Royal Holloway College, University of London, where he was Organ Scholar – and he was a prize-winner both at University and at Royal College of Organists examinations.

After posts in London, at St Bride’s, Fleet Street and St James’, Sussex Gardens, Mervyn was appointed as Assistant Director of Music at St Edmundsbury Cathedral in 1987. He became Director of Music there in 1993 and was also Chorus Master of the Bury St Edmunds Festival Chorus.

Mervyn was Director of Music at Liverpool Metropolitan Cathedral from 1997 until 2003, also taking the role of Organist to the University of Liverpool during that time. Mervyn moved to Wales as Music Director of the Llangollen International Musical Eisteddfod in September 2003, becoming its Executive Director in 2008. He moved from the festival in 2011, combining work for Mid Wales Opera with other educational outreach work and ABRSM examining at home and abroad. In November 2015 he was appointed as ABRSM’s Deputy Chief Examiner, working partly from the organisation’s headquarters in London and travelling to several countries in Europe, Asia and Australasia as part of his role. He has also directed choirs and given recitals in many parts of the world as well as adjudicating at various national and international festivals.

He is an Honorary Fellow of Glyndŵr University, and his other interests include walking, bird-watching and photography. He lives with his wife Margaret on the Welsh-English border with their three-legged cat Missie. 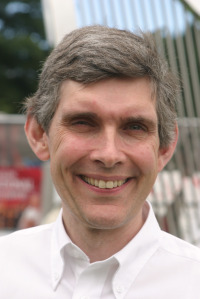