In 2016 we performed as part of the celebrations for the 1916 Centenary, and sang an arrangement of Róisín Dubh accompanied by traditional instruments at Banna Beach where President Michael D Higgins was in attendance. In 2017 we competed at the Navan Choral Festival in the Irish Language Category and were runners up in that competition. We also performed for Prince Charles during his visit to Ireland and our theatre in 2018 and we also performed for Pope Francis during his visit in 2018.

Our aim is to achieve a high standard of choral singing and to collaborate/engage with other artists and groups whilst also heightening the profile of the National Folk Theatre. 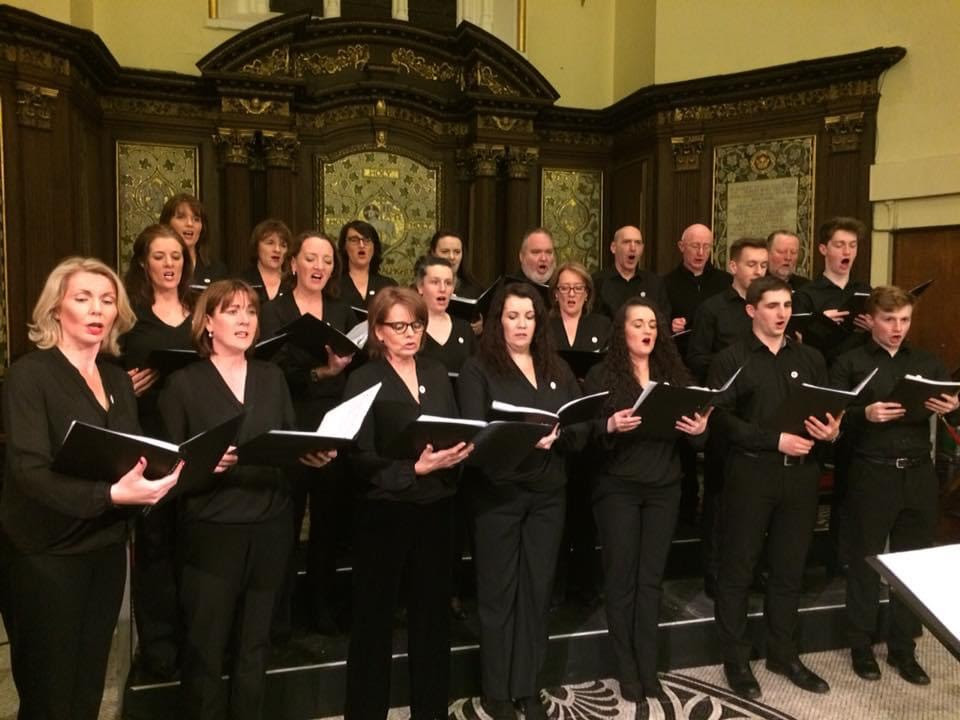