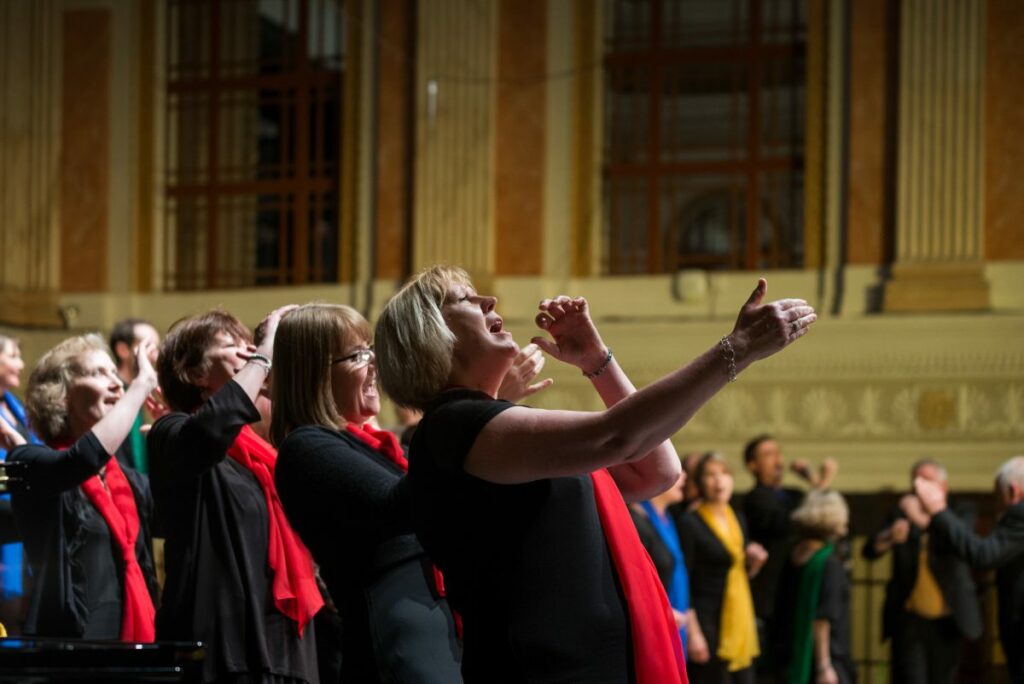 December 2017 – On Sunday the 10th December, Cork International Choral Festival launches their exciting 2018 Gala Concerts box office in celebration of World Choral Day. This year will be the Festival’s 64th and will reaffirm its position as the longest running Festival in Cork. As part of the Glow Celebrations in marking World Choral Day, Cork International Choral Festival will bring together a great number of voices, including CIT Staff & PostGrad Choir, Scrubs CUH, St. Francis College, Cantate Chamber Choir and High Hopes Choir to perform on Grand Parade from 12.30 to celebrate World Choral Day and to get us into the Christmas Spirit!

The newly launched programme will see everything kick off at the Opening Gala Concert on Wednesday 18th April 2018 with two works by Irish composers: Aloys Fleischmann’s Clare’s Dragoons with the Army No. 1 Band (Owen Gilhooley - Baritone) along with Bernard Geary’s In Praise of a City (Mairead Buicke - Soprano and Goethe Institute Choir, Viva  Voce Choir and East Cork Choral Society), conducted by Lt. Mark Armstrong.

Friday 20th April will leave you spoilt for choice.  The 7.30pm concert in St Fin Barre’s Cathedral from Chamber Choir Ireland (Festival choir-in-residence) premières new work from the winner of this year’s Séan Ó Riada Competition for Irish composers. That evening gets even busier with the late-night concert Evocations set to take place in the Cathedral of St Mary & St Anne at 10.30pm. The evening will platform Tenebrae Consort, an ensemble of singers handpicked from the award-winning choir Tenebrae, focusing on repertoire originally conceived for consort performance and promising a serene and intimate concert experience.

With 9 International groups already confirmed for the Festival, 2018 looks set to maintain its high standard and cosmopolitan appeal, ensuring its artistic future and integrity as one of the world’s most prestigious Choral Festivals. In light of that prestige we have the International Fleischmann Gala which will take pride of place on Saturday 21st April in City Hall, where some of the world’s top amateur choirs compete for one of the most prestigious prizes in International standards.

The Closing Gala Concert in City Hall on Sunday 22nd April will mark the end of a jam-packed Festival week with International choirs presenting choral music representative of their musical and cultural backgrounds in a joyful celebration of song and colour.

Festival Tickets are available for purchase through the online booking system at www.corkchoral.ie. Special packages are also available in partnership with the Clayton Hotel Cork City to ensure visitors get the best of their journey to Cork while enjoying all the Festival has to offer. So get set this Christmas with the perfect gift for you or a loved one and get booking to ensure yourself a weekend that will have you singing in the city, the ultimate soundtrack to your social life.