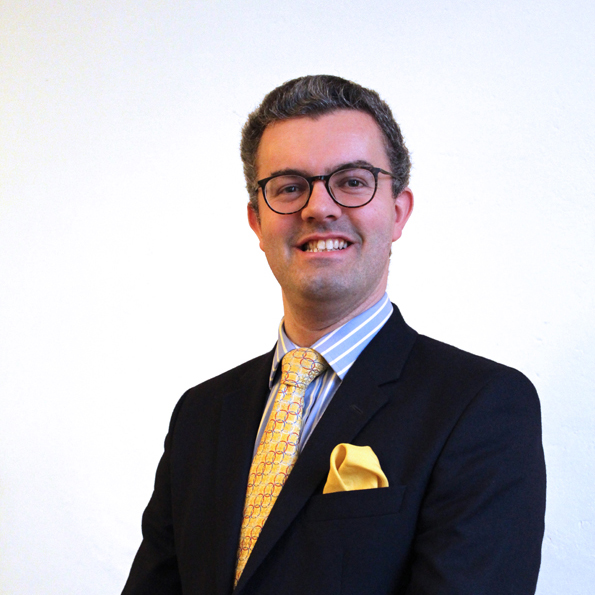 Cork International Choral Festival has announced the appointment of Peter Stobart as its new Artistic Director.

The appointment was confirmed at a meeting of the festival’s Board of Directors last night, following the retirement of its long-term festival and artistic director, John Fitzpatrick, who held the position for 26 years.

Peter Stobart, who has been the Director of Music of St Fin Barre’s Cathedral in Cork since October 2015, will take up his position with Cork’s longest running Festival from January 1st, 2020 while continuing to fulfil his role at St. Fin Barre’s.
Originating from Yorkshire, Peter began his career in 2002 as the organ scholar of Liverpool Metropolitan Cathedral. He later graduated from the University of Durham with a bachelor degree in Music in 2006 and sang as a Lay Clerk in Peterborough Cathedral Choir and he conducted the Peterborough Children’s Choir.
Peter went on to study choral conducting at the Royal Academy of Music in London with Patrick Russill and Paul Brough from 2007 – 2009, where he was the winner of the Alan Kirby prize for choir training 2007/8 and the Thomas Armstrong Prize for Choral Conducting 2008/9.
He continued forging his career in London where he was Head of Co-Curricular Music at St Dunstan’s College, Catford. He also conducted Southampton University Chamber Choir, the Hogarth Singers and ran a vocal octet as well as being the accompanist for Barnet Choral Society for several years.
In 2014, Peter became the Artistic Director for the Voices of Hangzhou Youth Choir, near Shanghai. He ran a summer school there during July and August 2014 for 50 children aged 8 to 16 and performed on Chinese National Day. He ran a similar course in August 2015, and the concert was broadcast on Chinese National Television.
As a soloist he has given song recitals of Lieder and English Art Song, and he has been a regular tenor soloist in performances of Elijah, Messiah and the major works of Bach. He will sing in the Festival's opening Gala Concert of Beethoven's Ninth Symphony.
Since moving to Cork, he has made the Cathedral Choristers his priority and he regularly visits schools across the Diocese, promoting singing and music more generally. The Diocese of Cork, Cloyne and Ross has formally recognised this strategy and from September 2017 it became the Diocesan Church Music Scheme.
He is also a committee member and an examiner for The Royal School of Church Music, Ireland and on the Board of Management at St Fin Barre’s National School.

Commenting on his appointment, Peter said, “I am delighted to have been appointed as Artistic Director of the Cork International Choral Festival. Having been involved in the last four festivals in various ways, I have seen a flourishing and vibrant atmosphere and performance arena which is a credit to the City of Cork. I am extremely fortunate to be taking over from John Fitzpatrick who has served the Festival for the last 26 years. Consequently, the Festival is in a very good shape and whilst this is a blessing for me, the pressure will be on going forward! I look forward to maintaining the city's life of song for many years into the future.”

Speaking following the announcement, Chairman of the Festival’s Board of Directors, Gerard Breen, said, “On behalf of the Board of Cork International Choral Festival, we are delighted to confirm the appointment of Peter Stobart to the position of Artistic Director. We are looking forward to working with Peter to develop the artistic aims and principles of the Cork International Choral Festival.”

Mr Fitzpatrick has been appointed to a new role as President of the Festival by the Board of Directors as a mark of respect and acknowledgement of his singular service to the Festival. He will remain as an active member of the Festival’s Board, as one of its Company Directors, and as a behind the scenes adviser when required. He will continue to represent the Festival on the international stage as a Board member of the Choral Festival Network, an adviser for the Singing Network, an adjudicator at national and international level, an advocate for the benefits of choral music, and as a strong promoter of the Cork International Choral Festival at home and abroad.[vc_single_image media="17200" media_width_use_pixel="yes" alignment="center" media_width_pixel="700"]