The much-celebrated Seán Ó Riada Composition Competition is now officially launched!Be in with a chance of winning this esteemed composition competition and… 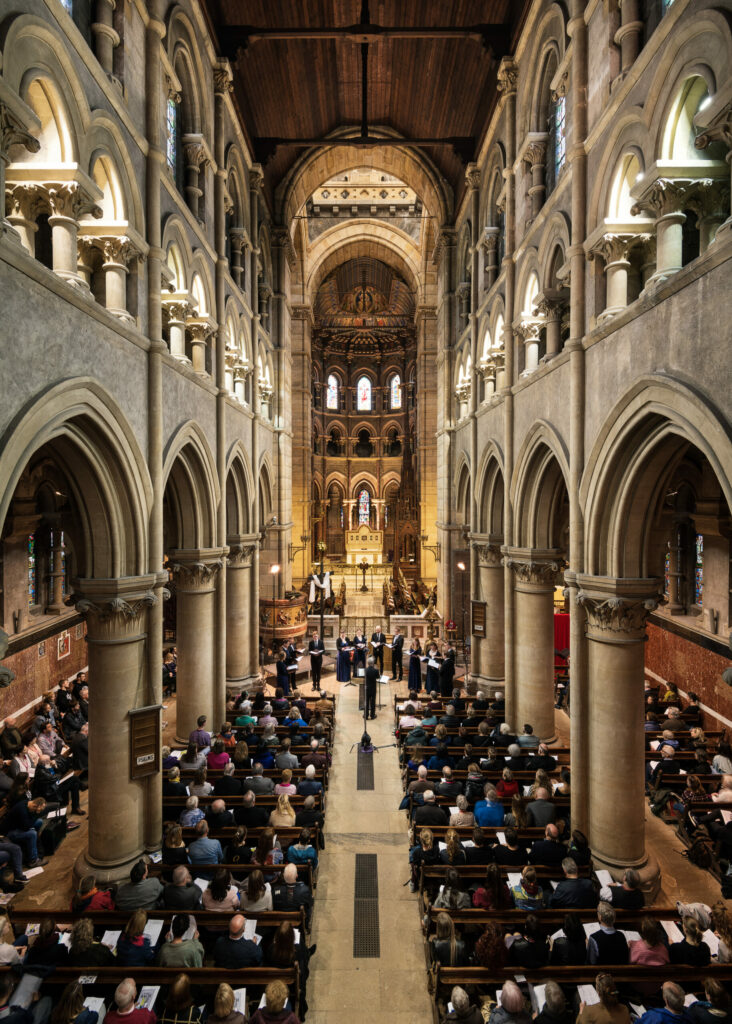 The much-celebrated Seán Ó Riada Composition Competition is now officially launched!
Be in with a chance of winning this esteemed composition competition and having your work premiered by the acclaimed Chamber Choir Ireland on Friday 29th April 2022.

Judged by a panel of experts and composers of international renown, the competition awards a cash prize (kindly donated by the Ó Ríada family) and the Seán Ó Riada Trophy to the winning composer, and the selected piece will, in turn, be given its premiere performance by Chamber Choir Ireland at the Festival’s Gala Concert held in St. Fin Barre’s Cathedral on Friday 29 April, 2022 and will be conducted by Paul Hillier.

The Seán Ó Riada Competition was initiated in 1972 in recognition of the creative life and work of Seán Ó Riada (1931-71). It was initially conceived of as an encouragement to amateur adult Irish choirs to select and perform existing or newly composed original works in the Irish language by an Irish composer. The trophy was presented for the best performance. In 1976, the competition became specifically a composition competition. It was open to composers, born or resident in Ireland, to set a poem in Irish for a cappella choir, no performance applied. In 1978 the competition was further adapted to encourage Irish amateur choirs to commission original works from Irish composers for performance at the festival, the trophy being awarded to the choir. The aim of the competition was threefold (a) to encourage Irish composers to write new works in the Irish language, (b) to widen the accessibility of new works in the Irish language for amateur Irish choirs, and (c) to enhance the existing repertoire of Irish choral music. Following a period when interest in the competition diminished it was discontinued, its format not valued either by composers or choirs. In 2010 the competition was reintroduced utilising a totally new format, and the novel aspect of scores being entered under Pseudonym to protect the identity of the composer. To enhance the status of the composer and provide an incentive, the winning composer attended the Festival and the winning composition was included as one of the works presented and discussed at the Seminar on New Choral Music as part of the Festival’s Choral Symposium. The new format was an instant success. Since 2010 to date, 246 compositions have been received testifying to the present interest in, and healthy state of Irish composition. Previous winners of the competition include Solfa Carlile, Rhona Clarke, Patrick Connolly, Frank Corcoran, Séamas de Barra, Eoghan Desmond, Amanda Feery, Michael Holohan, Marian Ingoldsby, Donal Mac Erlaine, Simon MacHale, Michael McGlynn, Kevin O’Connell, Criostóir Ó Loingsigh, Donal Sarsfield, James May, Peter Leavy and last year’s winner, Norah Constance Walsh. Several of these works have been published by international choral publishing houses.