The Cork International Choral Festival came to a climactic penultimate close with its Awards Ceremony at 5.15 pm on Sunday… 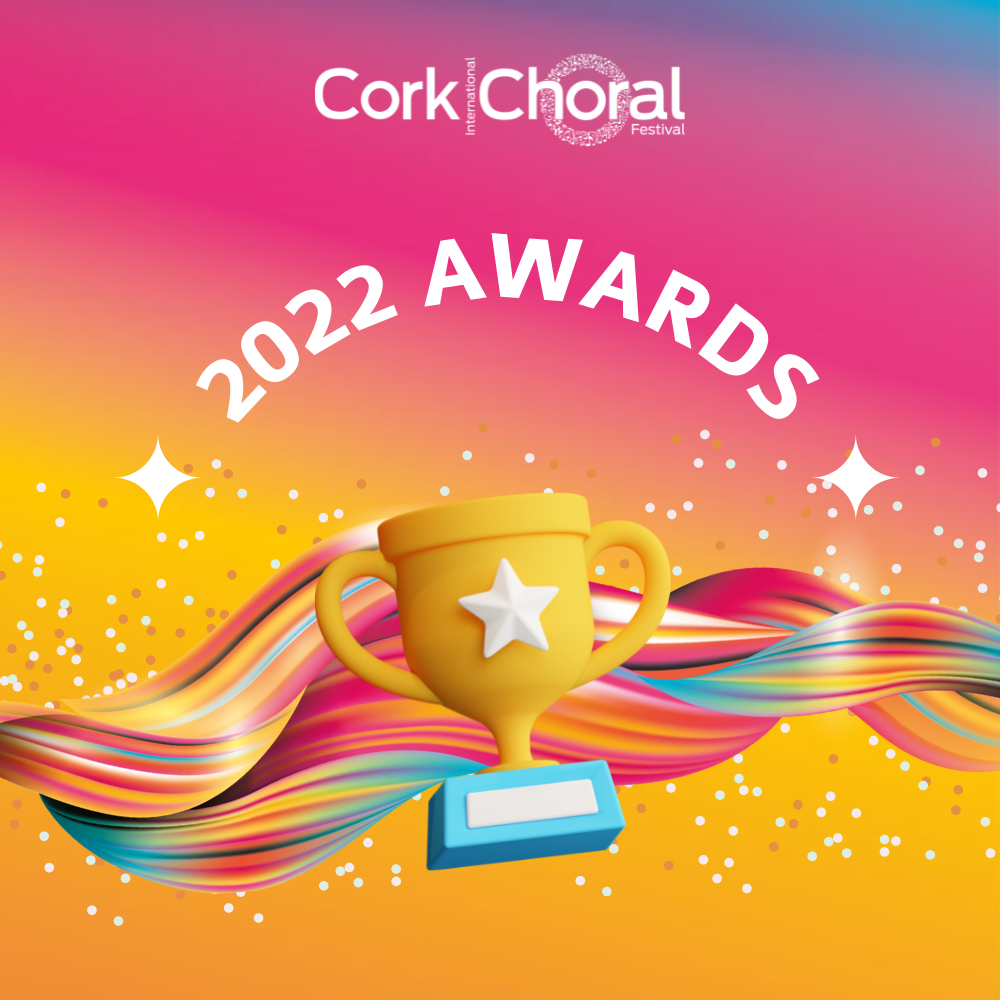 The Cork International Choral Festival came to a climactic penultimate close with its Awards Ceremony at 5.15 pm on Sunday 1st May 2022 in Cork City Hall. Following a hugely successful Festival, the Jury results were finally announced for all sections of the Festival’s varied and prestigious categories. International and national choirs from near and far waited nervously for the announcements. The following are the results for all categories:

Schuman/Europe Trophy
In memory of Moira Pyne (1916 – 2009)
Special Award for the performance of a piece by a living European Composer in the Fleischmann International Trophy Competition.
Awarded to:

Heinrich Schütz Perpetual Trophy
In memory of Hans Waldemar Rosen
Special Award for the performance of a choral work by Heinrich Schütz in the National or International Competitions.
Awarded to:

Ireland’s Choir of the Year

IBEC Workplace Choir of the Year

IBEC Workplace Choir of the Year

Ireland's Choir of the Year and Recipient of The Victor Leeson Perpetual Trophy
Donated by The Guinness Choir in memory of its founder Victor Leeson
Awarded to:
Dublin Youth Choir
Conductor: Lynsey Callaghan

The John Mannion Trophy
Donated by the family of John Mannion
Special Award to a Chamber Choir for the performance of a work in the National Competitions.
Awarded to:
Choir: Capella Lyrica
Conductor: Maria Judge

The Seán Ó Riada Trophy
Awarded to Composer, Daragh Black Hynes, for his work Behind This Light

School Choir Of The Festival and the Recipient of The John Cunningham Trophy
Awarded to the school choir who received the highest overall mark in the National Competitions for Schools.
Awarded to:
Ursuline Singers, Thurles
Conductor: Joan Butler,

The Irish Federation of Musicians & Associated Professions Trophy
Special Award for the performance of a choral piece in Irish in the National Competitions for Schools.
Awarded to:
The Rowan Room, St. Michaels National School
Conductor: Robbie Carrol