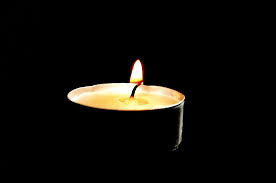 The recent death of Colum  Ó Cléirigh on 15 May 2017 sees yet another pioneer in the field of Irish music education departing the stage, a stage upon which he performed with his own inimitable charm and wit over many years.

At the Review Meeting of this year’s Cork International Choral Festival, John Fitzpatrick, Festival Director, outlined Colum’s  life and work and the contribution he had made to education and music over his long and fruitful lifetime.  His varied career as a teacher, headmaster, Professor of Music at St. Patrick’s Training College, his studies in, and subsequent introduction of, the Kodaly System of Music Education to Ireland, his related work as a choir conductor, examiner, and adjudicator, and his work in improving the career structures of 3rd level teachers, were the outward career signs of a person who lived life passionately and to the full, and who was fearless in speaking out on what he considered right.

Colum was a long-term Friend and major supporter of the Cork International Choral Festival missing only two of the 63 festivals, one due to major heart surgery, and the second due to his recent terminal illness.  John spoke warmly of the person he had known for many years and whose knowledge, positivity, generosity, personal support, and larger than life personality he valued highly.  He extended his, and the Festival’s, sympathies to Colum’s partner, Peter McDermott, his children, Duncan and Sharon, his grandchildren, brother Noel, sister Kathleen, extended family and many friends on his recent death.  His colourful personality will be sadly missed but all who knew him will remember him, and his wonderful stories, fondly.