John Fitzpatrick steps aside as Festival and Artistic Director

The end of an era and new beginnings John Fitzpatrick, Festival and Artistic Director of the Cork International Choral Festival,… 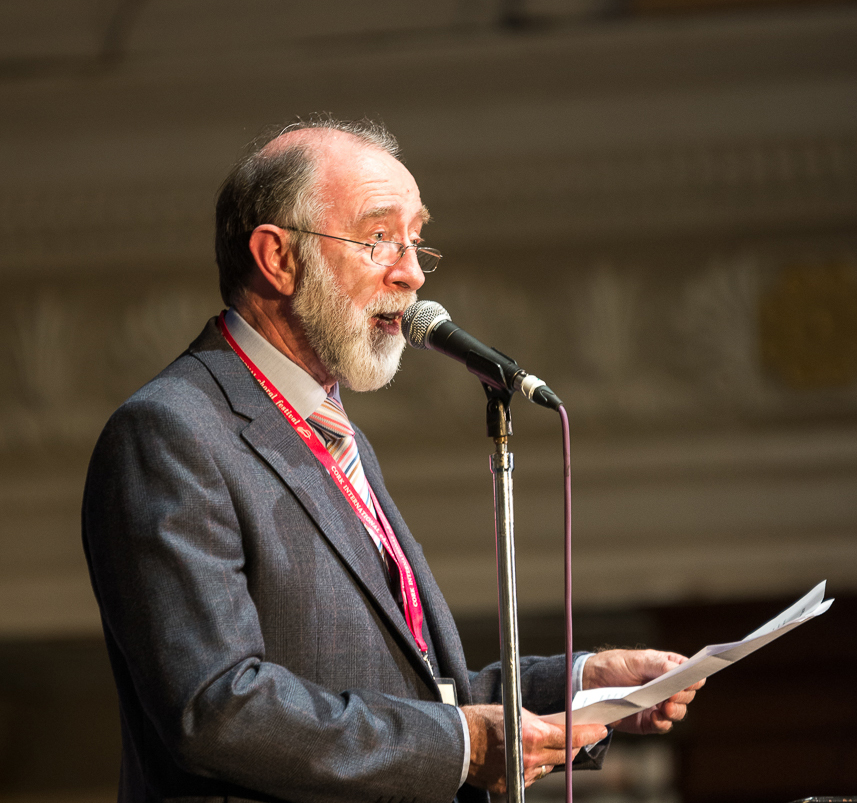 The end of an era and new beginnings

John Fitzpatrick, Festival and Artistic Director of the Cork International Choral Festival, announced his decision to step aside from his full-time, day to day commitment with the Festival and its organisation and artistic planning, at the meeting of the Festival’s Board of Directors held after this year’s very successful 65th festival.

John’s involvement with the festival commenced in 1969 as a singer, continued as a conductor of various choirs over a long period, as an invited member of the Festival’s Artistic Board from 1976, and from 1993 when he became its Festival Director at the invitation of then Chairman, Alderman Jim Corr. After 26 years at the helm in a voluntary capacity John now moves aside with the distinction of being the Festival’s longest serving Festival Director. John said in his closing address that it had been – “….a particular honour to serve this special festival….The festival we now know is a vastly enriched festival to that which I inherited in 1993 but now is the appropriate time for me to move aside following a very successful 65th festival, confident in the knowledge that we now have a management team in place that will ensure the traditions of the festival, and its standards, are maintained going forward.” It was noted that, on appointment, John set out as his targets to reinstate and revise the administrative, organisational, artistic, financial, promotional structures, and to enhance the international profile of the festival such that the Cork International Choral Festival would not only maintain its pre-eminent position as Ireland’s major choral festival but also become a major festival on the international scene – this has been achieved. He assured the members of the Board that he would undertake to finalise the artistic programme for 2020 to ensure an easy hand-over to whoever would take over after him.

He acknowledged that this success could not have been accomplished without the support he had received from so many people over the years, all of whom have contributed to “the complicated and colourful tapestry” of the Choral Festival. He offered his sincere thanks to the two Chairmen of the Board, Alderman Jim Corr and Gerard Breen, the many managers and administrators he had worked with, all of whom made their own personal contributions to the festival; the members of the Festival’s Board of Directors and Artistic Boards; the heads of section who undertook their duties with committed diligence; and the many volunteers over the years. To all he offered his sincere thanks for their contribution, collegiality and friendship. He offered a special thanks to his wife, Jane, and his family, for their continued support and understanding.

The members of the Board expressed their surprise and regret at his decision, describing it as “the end of an era”, but were unanimous in their thanks and acknowledgement of his major voluntary contribution to the success of the Festival over so many years. His service was described as totally committed and exceptional by any standards of evaluation and they wished him well in his future activities. As a mark of respect and acknowledgment of his singular service John was invited to undertake a new role and to become President of the Festival. He accepted the Board’s invitation and said he would be honoured to fill such a role. He will remain as an active member of the Festival’s Board, as one of its Company Directors, and as a behind the scenes adviser when required. He will continue to represent the Festival on the international stage as a Board member of the Choral Festival Network – the international network for choral competitions and festivals, an advisor for the Singing Network, an adjudicator at national and international level, an advocate for the benefits of choral music, and as a strong promoter of the Cork International Choral Festival at home and abroad.[vc_single_image media="16802" media_width_use_pixel="yes" alignment="center" media_width_pixel="600"]The Festival is now in the process of actively assessing its future needs now that John Fitzpatrick is no longer carrying out the visionary work he has undertaken as Festival and Artistic Director for the past 26 years. Active discussions are now taking place at Board level to look at how best the Festival can fill the position to ensure that it continues to develop artistically into the future and to maintain and nurture its reputation. Its future will continue to be a work in progress and a new appointee will do so with an understanding of its special history, new ideas, a fresh approach, and new directions as being the guiding factors.